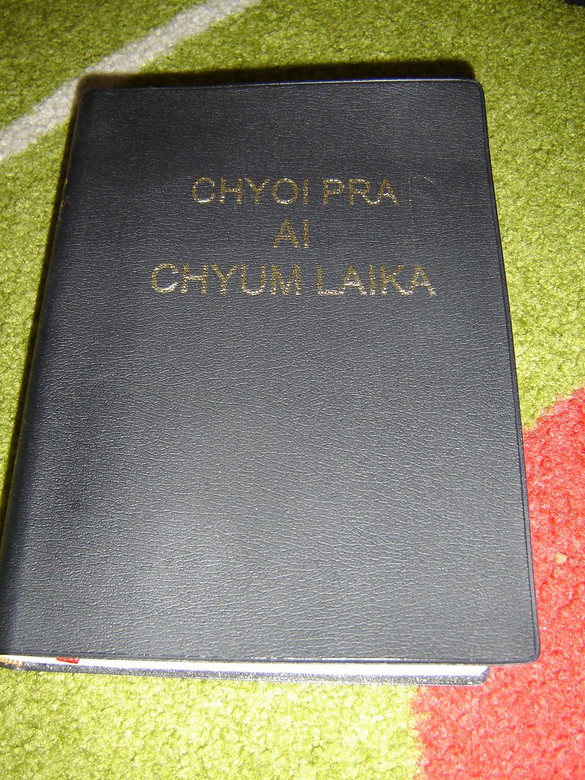 More than half of the Kachin people identify themselves as Christians - while a significant minority follow Buddhism and some also adhere to animism. Kachin state is also known as the land of jades and gold.

The Jingpo people or Kachin people [kətɕɪ̀ɴ lù mjó]; Chinese: 景颇族; pinyin: Jǐngpō zú; also Jingpo or Singpho; endonyms: Jinghpaw, Tsaiva, Lechi, Theinbaw, Singfo, Chingpaw, are an ethnic. The Jingpo form one of the 56 ethnic groups officially recognized by the People's Republic of China, where they numbered 147,828 people in the 2010 census.

From the time of his conversion at age 16, Ola Hanson felt a call to some form of Christian ministry. He completed studies at what is today Bethel Theological Seminary and was commissioned and ordained in June of 1890 by the First Swedish Baptist Church of Minneapolis (Bethlehem Baptist).

A Hopeless Task?
Rev. and Mrs. Ola Hanson were appointed by the American Baptist Foreign Mission Society in 1890 to the Kachin people of Upper Burma and they arrived in December of that year. The task before them seemed hopeless. The Kachins in the early days of pioneer missions were described as revengeful, cruel, and treacherous. Even the King of Burma addressed the missionaries who came to work with the Kachins as follows: "So you are to teach the Kachins! Do you see my dogs over there? I tell you, it will be easier to convert and teach these dogs. You are wasting your life."

A Lost Book
When the missionaries came to Kachin land, they discovered that this people possessed an extensive mythology. The stories were passed from generation to generation. There were stories dealing with creation, death, resurrection, and even a flood. They also told of a book that they had lost. The Kachin version states that God gave each race a book. The Chinese book was on paper; the Burmese book was written on parchment. On their way home from their meeting with God, the Kachins became hungry, so they ate their copy. The Karens, a neighboring tribal group, had a prophecy stating that one day a foreigner would bring the copy of the book back to them. When he heard the story of the lost book, Hanson determined that he would restore the book to the Kachins—he would give the Kachins the Bible in their own tongue.

Developing a Written Language
Hanson first gave himself to the task of clarifying the Kachin vocabulary. Hanson would peer into the mouths of the Kachins to see where they placed their tongues, teeth, and lips when forming words. Because the Kachin language is tonal there are many difficulties in trying to determine the distinctive meaning depending on its tone. He collected a word list of 25,000 words. Later he edited and published a Kachin-English dictionary of 11,000 words. The Kachins were 100% illiterate in 1890 and now, 100 years later, all Kachins can read and write in Kachin as well as Burmese, the national language.

A Kachin Bible
On June 28, 1911, Hanson completed the New Testament translation. After he had completed the New Testament, he revised it three times. Then he proceeded with the Old Testament translation. He translated over 400 hymns from English and Swedish, he also composed 200 hymns for the Kachins, true to their style and culture. He continued to write a catechism, spelling book, a primer, a grammar, and Kachins: Their Customs and Traditions.

Hanson completed the Old Testament translation on August 11, 1926. Hanson called his wife and his faithful Kachin assistant to his study where they knelt and poured out their hearts to God in thanksgiving and praise that the Bible was now completed in the Kachin language. He expressed his own feelings in a letter of August 14, 1926:

It is with heartfelt gratitude that I lay this work at the feet of my Master. I am conscious of the defects of my work. I have tried to master Kachin, and make a translation intelligible to all. Pray with us, that our Divine Master may bless this work to the salvation of the whole Kachin race, while we are still at work here.