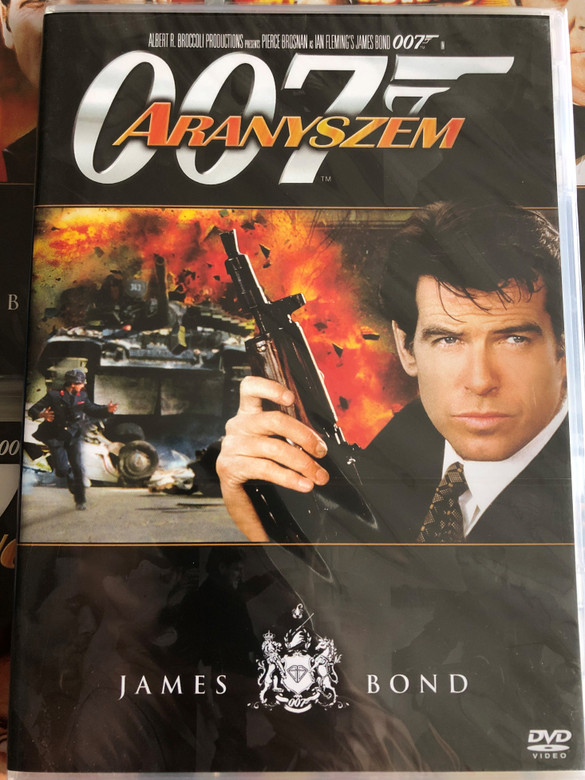 GoldenEye is a 1995 spy film and the seventeenth in the James Bond series produced by Eon Productions, and the first to star Pierce Brosnan as the fictional MI6 officer James Bond. It was directed by Martin Campbell and is the first in the series not to utilise any story elements from the works of novelist Ian Fleming.[2] The story was conceived and written by Michael France, with later collaboration by other writers. In the film, Bond fights to prevent an ex-MI6 agent, gone rogue, from using a satellite weapon against London to cause a global financial meltdown.

In 1986, MI6 agents James Bond and Alec Trevelyan infiltrate a chemical weapons facility in Arkhangelsk, USSR. While Trevelyan is caught and presumably killed by the facility's commanding officer, Colonel Arkady Grigorovich Ourumov, Bond manages to destroy the site before escaping.

While undergoing an assessment nine years later, after the dissolution of the Soviet Union, Bond attempts to prevent Xenia Onatopp, a member of the Janus crime syndicate, from stealing a Eurocopter Tiger attack helicopter during a military demonstration in Monte Carlo, but is unable to prevent the theft. Returning to London, Bond oversees MI6 staff monitoring an incident in Severnaya, Siberia, after the stolen helicopter turns up at a radar facility. An EMP blast suddenly hits the site, destroying it and Russian fighter aircraft, while knocking out all satellite systems in orbit above.