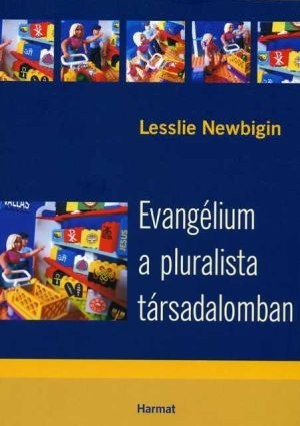 Evangélium a pluralista társadalomban by LESSLIE NEWBIGIN - HUNGARIAN TRANSLATION OF The Gospel in a Pluralist Society / This work offers to Christian leaders and laypeople some thoughtful, helpful, and provocative reflections.

Evangélium a pluralista társadalomban by LESSLIE NEWBIGIN - HUNGARIAN TRANSLATION OF The Gospel in a Pluralist Society / This work offers to Christian leaders and laypeople some thoughtful, helpful, and provocative reflections.

James Edward Lesslie Newbigin (8 December 1909 – 30 January 1998) was a British theologian, missiologist, missionary and author. Though originally ordained within the Church of Scotland, Newbigin spent much of his career serving as a missionary in India and became affiliated with the Church of South India and the United Reformed Church, becoming one of the Church of South India's first bishops. A prolific author who wrote on a wide range of theological topics, Newbigin is best known for his contributions to missiology and ecclesiology. He is also known for his involvement in both the dialogue regarding ecumenism and the Gospel and Our Culture movement. Many scholars also believe his work laid the foundations for the contemporary missional church movement, and it is said his stature and range is comparable to the "Fathers of the Church".

How does the gospel relate to a pluralist society? What is the Christian message in a society marked by religious pluralism, ethnic diversity, and cultural relativism? Should Christians encountering today's pluralist society concentrate on evangelism or on dialogue? How does the prevailing climate of opinion affect, perhaps infect, Christians' faith?
These kinds of questions are addressed in this noteworthy book by Lesslie Newbigin. A highly respected Christian leader and ecumenical figure, Newbigin provides a brilliant analysis of contemporary (secular, humanist, pluralist) culture and suggests how Christians can more confidently affirm their faith in such a context.
While drawing from scholars such as Michael Polanyi, Alasdair MacIntyre, Hendrikus Berkhof, Walter Wink, and Robert Wuthnow, The Gospel in a Pluralist Society is suited not only to an academic readership. This heartfelt work by a missionary pastor and preacher also offers to Christian leaders and laypeople some thoughtful, helpful, and provocative reflections. 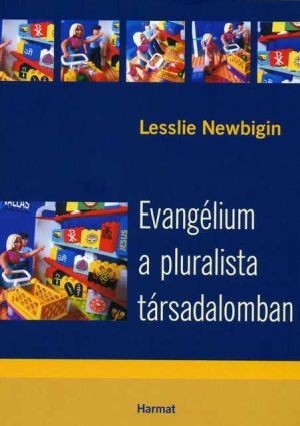