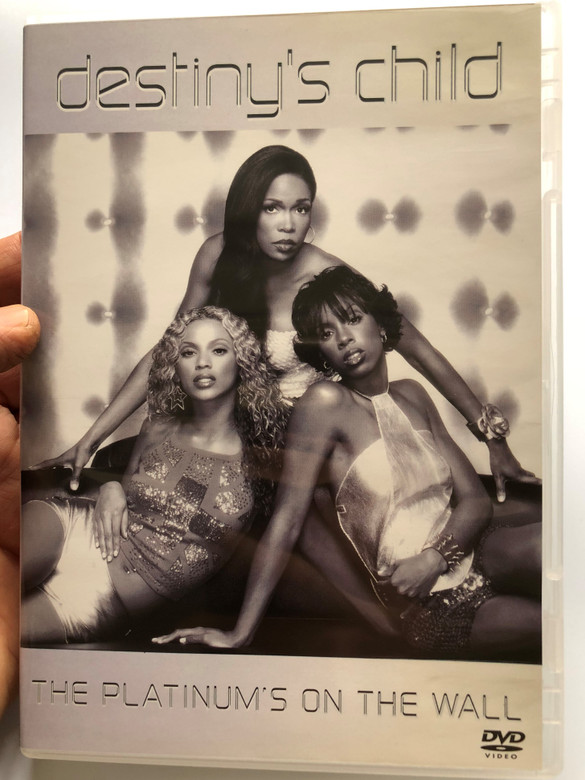 A polished, fashionable rhythm 'n blues girl group in the vein of En Vogue and TLC, Destiny's Child exploded onto the pop charts with their 1998 self-titled debut album. Thought their lineup changes often, the quality of their undeniably catchy songs does not, and they have had several Number One hits. THE PLATINUM'S ON THE WALL is a clever allusion to the unbelievable success of the group's second album, THE WRITING'S ON THE WALL. Featuring several music videos from that record, including hits "Bug A Boo" and "Say My Name," this video is an excellent addition to any fan's collection

Destiny's Child was an American girl group whose final and best-known lineup comprised Beyoncé Knowles, Kelly Rowland, and Michelle Williams. The group began their musical career as Girl's Tyme, formed in 1990 in Houston, Texas. After years of limited success, the quartet comprising Knowles, Rowland, LaTavia Roberson, and LeToya Luckett were signed in 1997 to Columbia Records as Destiny's Child. The group was launched into mainstream recognition following the release of their best-selling second album, The Writing's on the Wall (1999), which contained the number-one singles "Bills, Bills, Bills" and "Say My Name". Despite critical and commercial success, the group was plagued by internal conflict and legal turmoil, as Roberson and Luckett attempted to split from the group's manager Mathew Knowles, citing favoritism of Knowles and Rowland.