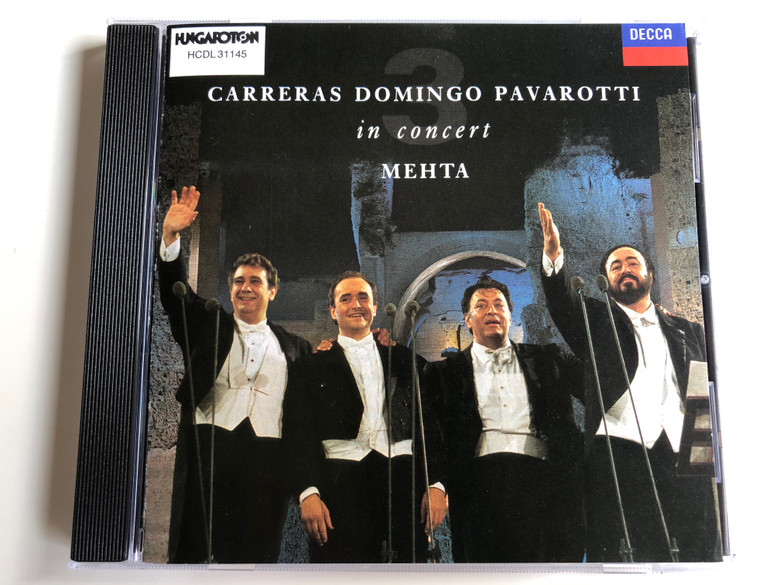 Carreras Domingo Pavarotti in Concert (re-released as The Three Tenors in Concert) is a live album by José Carreras, Plácido Domingo and Luciano Pavarotti with conductor Zubin Mehta. The album was recorded on 7 July 1990 in Rome as the first Three Tenors concert with the orchestra of the Maggio Musicale Fiorentino and the orchestra of Teatro dell'Opera di Roma on the evening before the 1990 FIFA World Cup Final. It was produced by Gian Carlo Bertelli and Herbert Chappell.

The concert is particularly known for the two recordings of "Nessun dorma". The first is sung by Pavarotti alone. The second, the concert encore, includes all three tenors singing individually and then, for the final 'Vincerò!' singing together - conductor Zubin Mehta appeared completely delighted with the effect this had.

This first Three Tenors performance and recording led to thirty-three additional concerts with Carreras, Domingo, and Pavarotti, as well as three more live audio and video albums. All were best-sellers.

The unexpected success of the album among general audiences led to a restructuring of the classical music industry into separate "core classical" and "strategic classical" areas. With the latter category, the industry now geared its focus toward reaching new audiences via intense performer-centric marketing strategies. 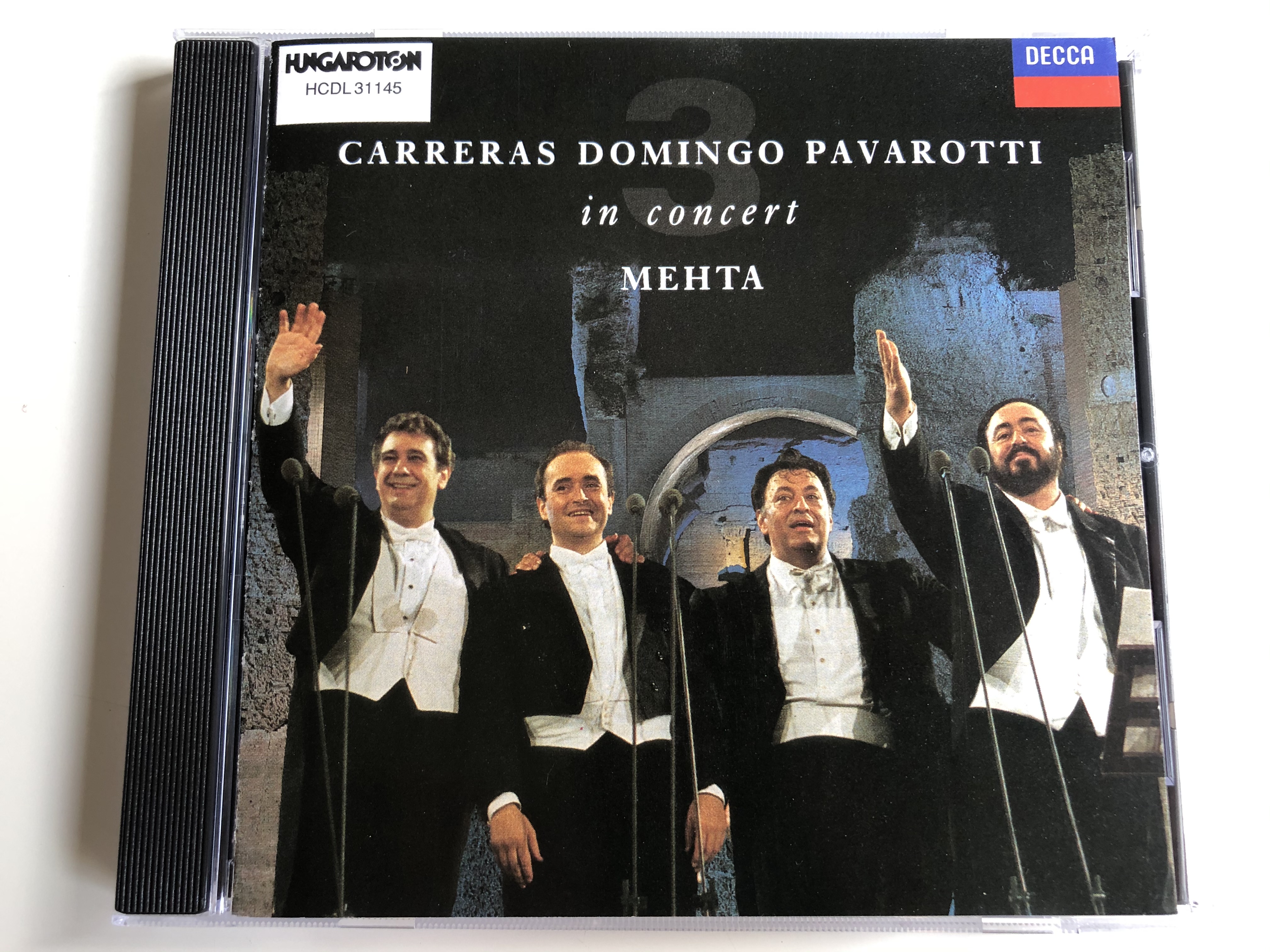 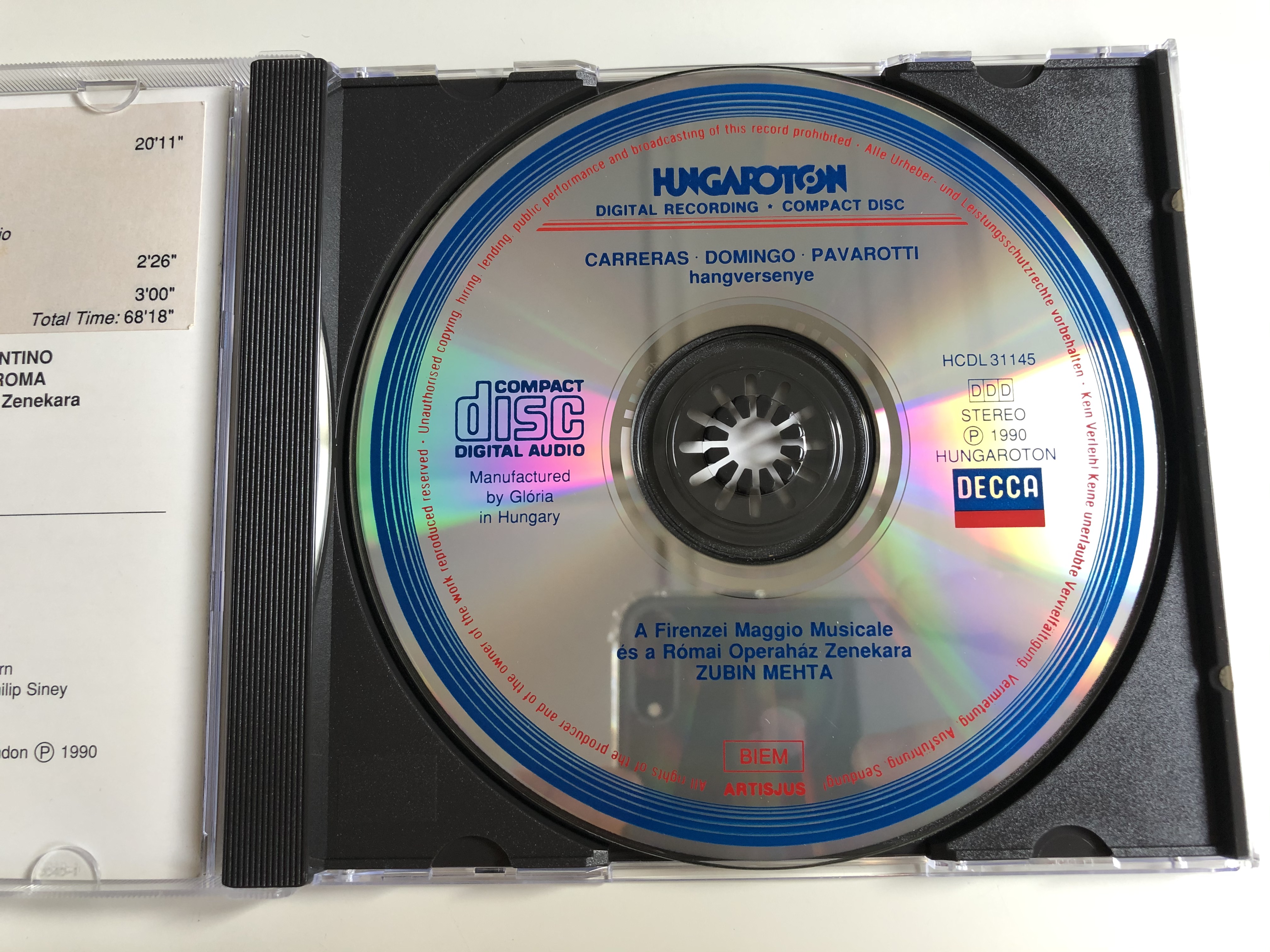 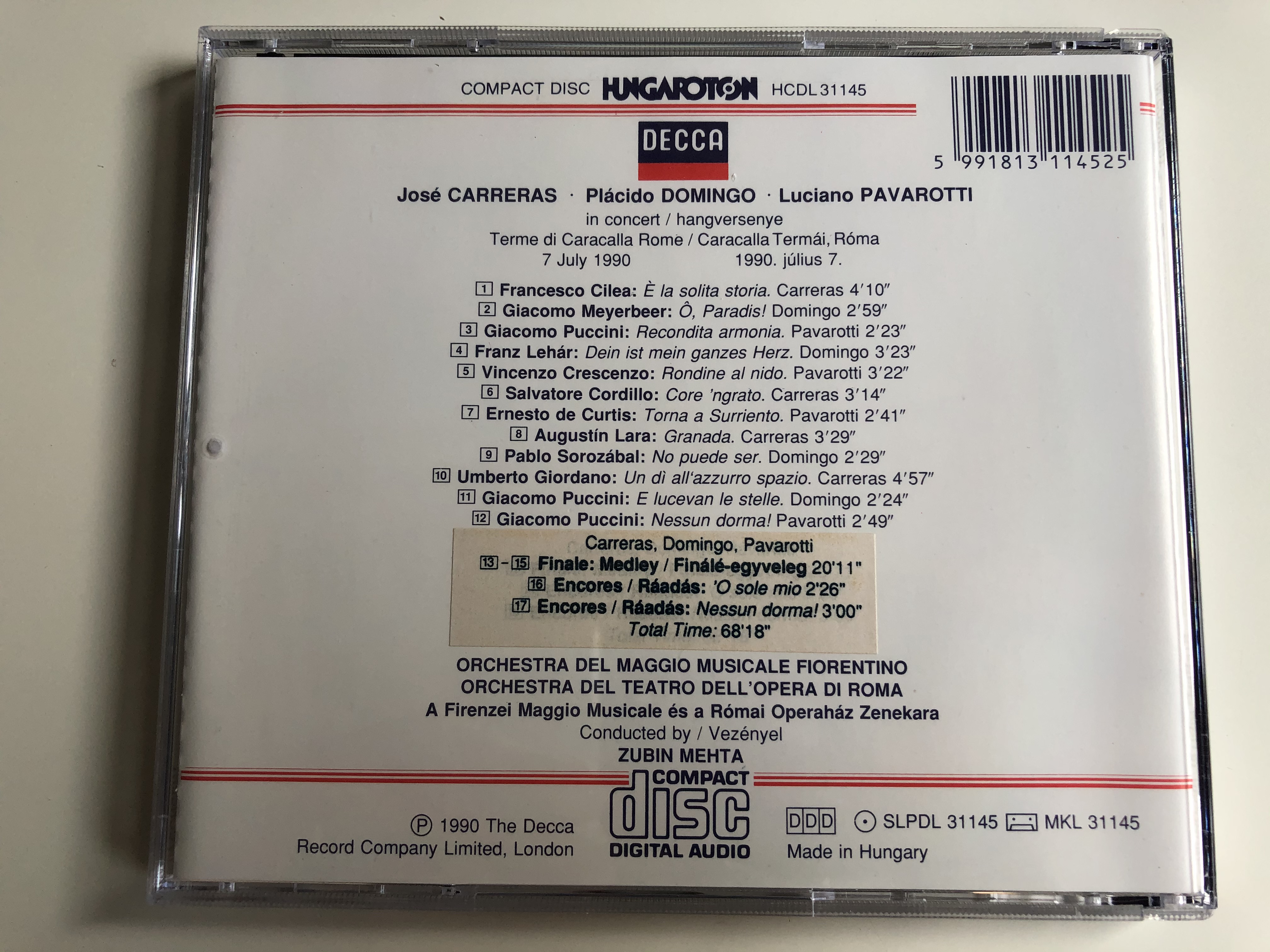