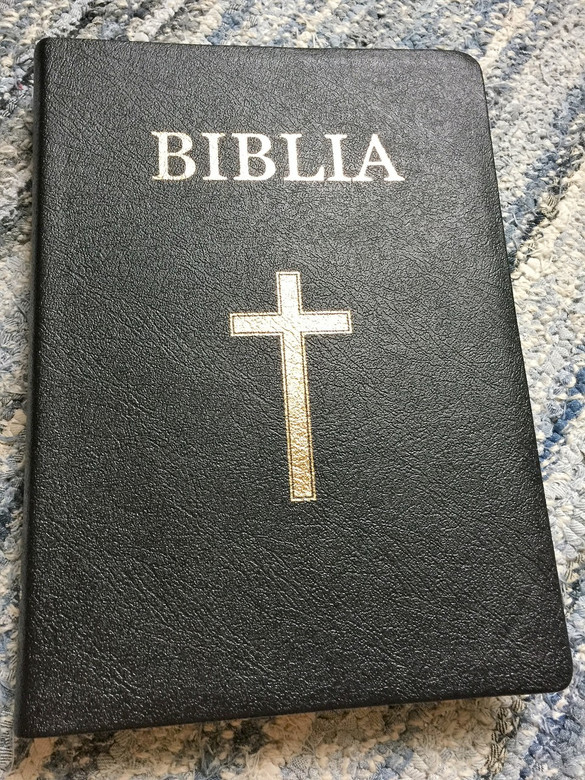 With Golden Edges and Color Maps

The Old and New Testament Bible in Romanian

Publisher: The Romanian Association of the Bible 2015

Romanian (obsolete spellings Rumanian, Roumanian; autonym: limba română[ˈlimba roˈmɨnə], "the Romanian language", or românește, lit. "in Romanian") is an East Romance language spoken by approximately 24–26 million people as a native language, primarily in Romania and Moldova, and by another 4 million people as a second language.It has official status in Romania and the Republic of Moldova. It is one of the official languages of the European Union. 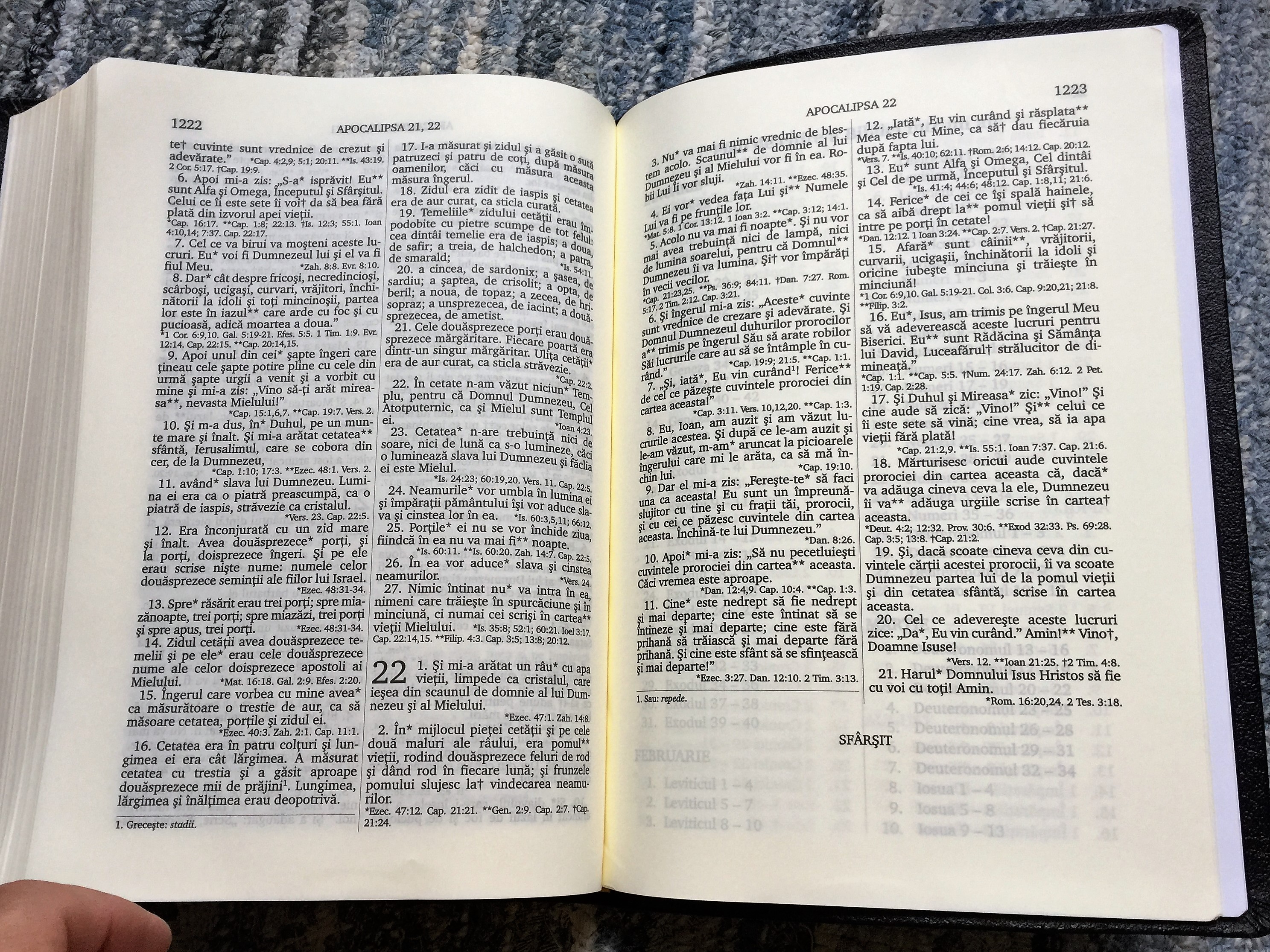 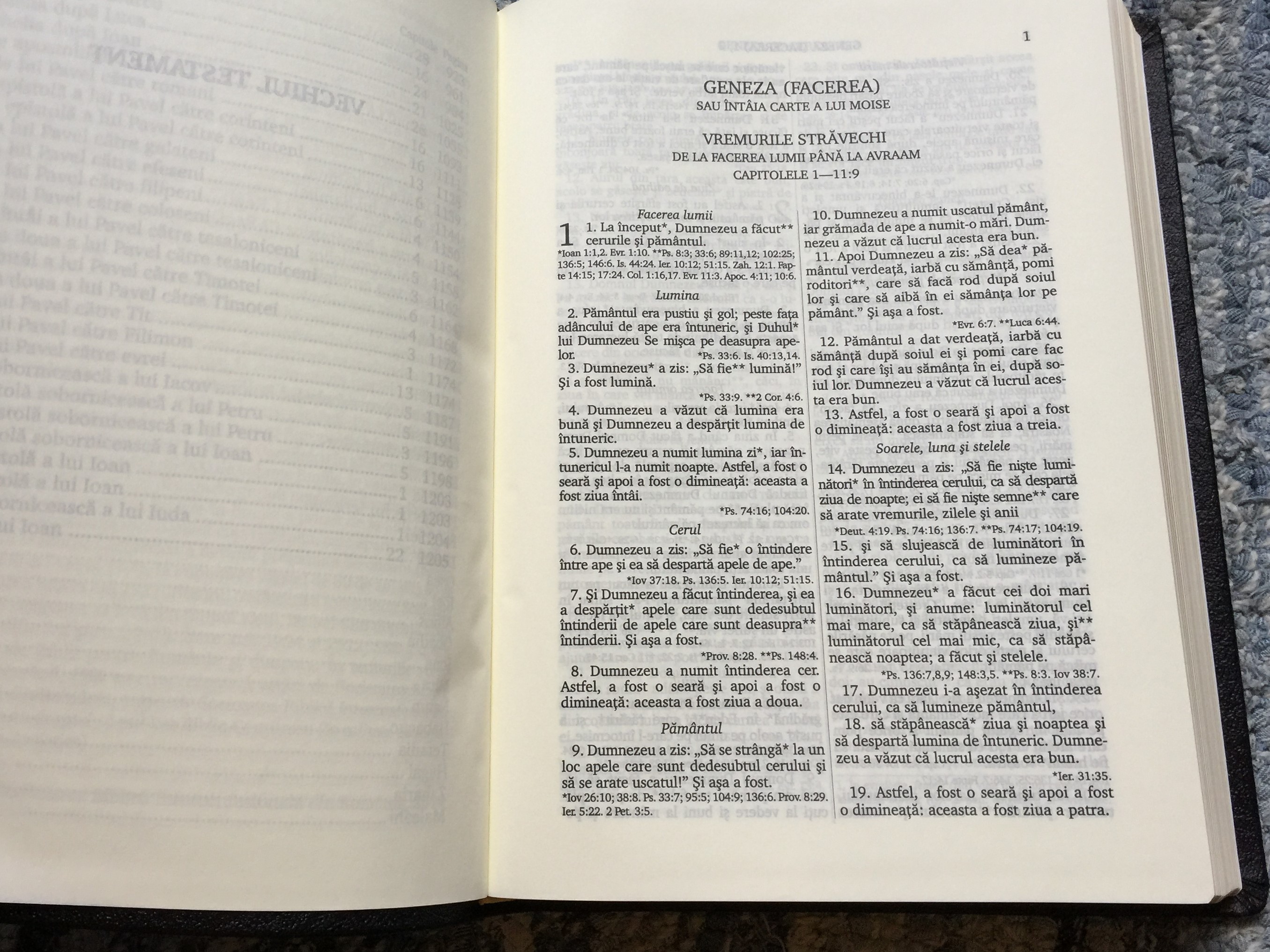