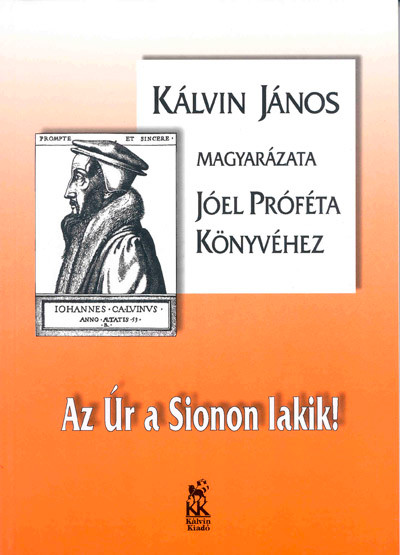 Az Úr a Sionon lakik! Jóel próféta könyve by John Calvin - Hungarian translation of Commentary on Joel / At the center of his theological explanations is the question of what God does and why he does to his chosen, and what he encourages them to do.

Az Úr a Sionon lakik! Jóel próféta könyve by John Calvin - Hungarian translation of Commentary on Joel / At the center of his theological explanations is the question of what God does and why he does to his chosen, and what he encourages them to do.

John Calvin (/ˈkælvɪn/; French: Jean Calvin [ʒɑ̃ kalvɛ̃]; born Jehan Cauvin; 10 July 1509 – 27 May 1564) was a Frenchtheologian, pastor and reformer in Geneva during the Protestant Reformation. He was a principal figure in the development of the system of Christian theology later called Calvinism, aspects of which include the doctrines of predestination and of the absolute sovereignty of God in salvation of the human soul from death and eternal damnation, in which doctrines Calvin was influenced by and elaborated upon the Augustinian and other Christian traditions. Various Congregational, Reformed and Presbyterian churches, which look to Calvin as the chief expositor of their beliefs, have spread throughout the world.

Calvin was a tireless polemic and apologetic writer who generated much controversy. He also exchanged cordial and supportive letters with many reformers, including Philipp Melanchthon and Heinrich Bullinger. In addition to his seminal Institutes of the Christian Religion, Calvin wrote commentaries on most books of the Bible, confessional documents, and various other theological treatises.

Originally trained as a humanist lawyer, he broke from the Roman Catholic Church around 1530. After religious tensions erupted in widespread deadly violence against Protestant Christians in France, Calvin fled to Basel, Switzerland, where in 1536 he published the first edition of the Institutes. In that same year, Calvin was recruited by Frenchman William Farel to join the Reformation in Geneva, where he regularly preached sermons throughout the week; but the governing council of the city resisted the implementation of their ideas, and both men were expelled. At the invitation of Martin Bucer, Calvin proceeded to Strasbourg, where he became the minister of a church of French refugees. He continued to support the reform movement in Geneva, and in 1541 he was invited back to lead the church of the city.

Following his return, Calvin introduced new forms of church government and liturgy, despite opposition from several powerful families in the city who tried to curb his authority. During this period, Michael Servetus, a Spaniard regarded by both Roman Catholics and Protestants as having a heretical view of the Trinity, arrived in Geneva. He was denounced by Calvin and burned at the stake for heresy by the city council. Following an influx of supportive refugees and new elections to the city council, Calvin's opponents were forced out. Calvin spent his final years promoting the Reformation both in Geneva and throughout Europe.

For hundreds of years John Calvin's Commentaries have been admired and relied upon for their deep insights into Scripture.
Charles Spurgeon told his students, "It would not be possible for me too earnestly to press upon you the importance of reading the expositions of that prince among men, John Calvin! Of all commentators I believe John Calvin to be the most candid. He was no trimmer and pruner of texts. He gave their meaning as far as he knew it. His honest intention was to translate the Hebrew and the Greek originals as accurately as he possibly could, and then to give the meaning which would naturally be conveyed by such Greek and Hebrew words: he laboured, in fact, to declare, not his own mind upon the Spirit's words, but the mind of the Spirit as couched in those words."
And even Arminius himself admitted, "Next to the perusal of the Scriptures, which I earnestly inculcate, I exhort my pupils to peruse Calvin's commentaries, for I affirm that he excels beyond comparison in the interpretation of Scripture, and that his commentaries ought to be more highly valued than all that is handed down to us by the Library of the Fathers; so that I acknowledge him to have possessed above most others, or rather above all other men, what may be called an eminent gift of prophecy." 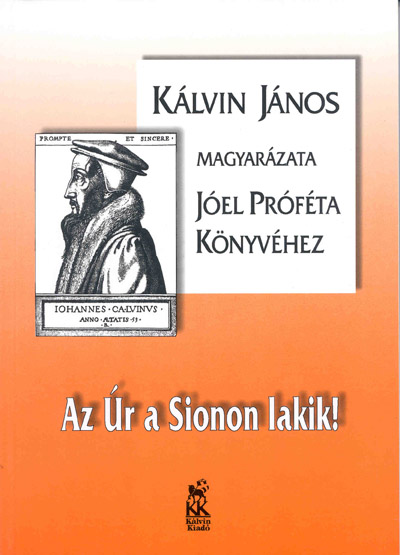