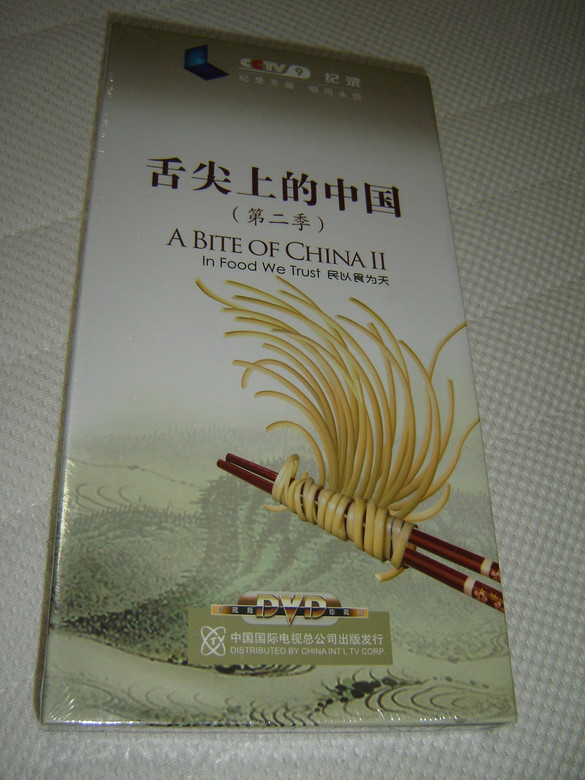 A Bite Of China II Beautiful, Tasty, Unforgettable / 8 DVD CCTV Documentary / In Food We Trust / CCTV9 / CHINESE ONLY AUDIO OPTION // With the highest level of HD filming, Chinese cuisine has never been introduced better. The best documentary for Chinese cuisine so far. This is a very well narrated documentary film on the Chinese Culinary Art and its culture as well as the source where the food come from. It is so incredible to know how these foods are processed and cooked, most interestingly the people who has the great knowledge behind the creation of these foods. A must have collection if you love Chinese Culinary Art. // Disc Titles: 1 Footsteps 2 Heart's Message 3 Seasons 4 Daily Domestics 5 Encounters 6 Realm of Secrets 7 Three Meals 8 Trailer