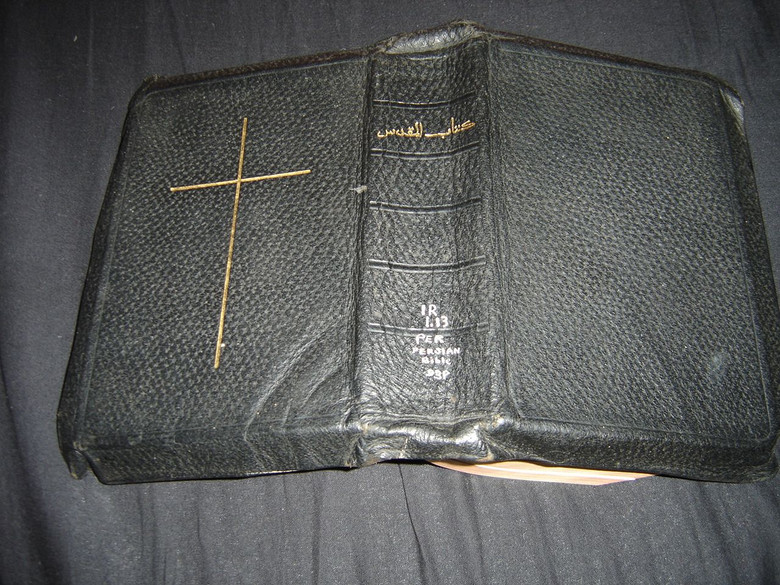 Reproduced by Photography from the Edition of 1904

This beautiful Bible came to us from a collector! LEATHER shows minor aging, but still in excellent condition. INSIDE the first 4 pages show some brown aging signs that do not take away from the readability of the Bible. INSIDE PAGES are perfect. A QUALITY, I CAN SAY MASTERPIECE OF A BIBLE! VERY RARE PRINT and FORMAT! BLACK LEATHER BOUND!

The Henry Martyn translation was revised by Robert Bruce to utilize Persian language that was more current. This was published in 1895, although it is also said to have been published in 1896. This is commonly used and known as the Old Persian Version (OPV), Standard Version or Tarjumeh-ye Ghadeem (ترجمه قدیم).